Everyone seems to be talking about it, but what is CBD exactly? Let’s take a closer look at what CBD is, and how it works. What Is CBD? CBD is a non-intoxicating, health supporting, plant-derived compound.

CBD, short for cannabidiol, is a non-intoxicating, health-supporting compound found in the cannabis plant. While cannabis may be most known for its association with marijuana, it is actually a category of plants that also includes hemp. Although the two plants look similar, their chemical compositions vary, and that makes all the difference.

Learn more about the difference between hemp and marijuana.

There are over 100 different compounds, called cannabinoids, that are found in both hemp and marijuana. The two main ones are THC, which is psychoactive, and CBD, which is health-supporting. Hemp contains high levels of CBD (typically 1-20%), and low levels of THC (below .3%). Because of its barely traceable percentage of THC, hemp is non-psychoactive and is federally legal thanks to the 2018 Farm Bill. In comparison, its cousin marijuana contains higher levels of THC and lower levels of CBD, making it intoxicating and therefore regulated federally as a Schedule 1 drug.

Learn more about the difference between CBD and THC.

Although cannabinoids may sound like a complicated new term and concept, similar compounds can be found in everyday food and ingredients like chocolate, rosemary, black pepper, and other herbs! These plant-derived compounds include antioxidants and provide incredible benefits, just like CBD!.

What is CBD? A non-intoxicating, plant-derived compound with loads of health-supporting promise moving into the future. 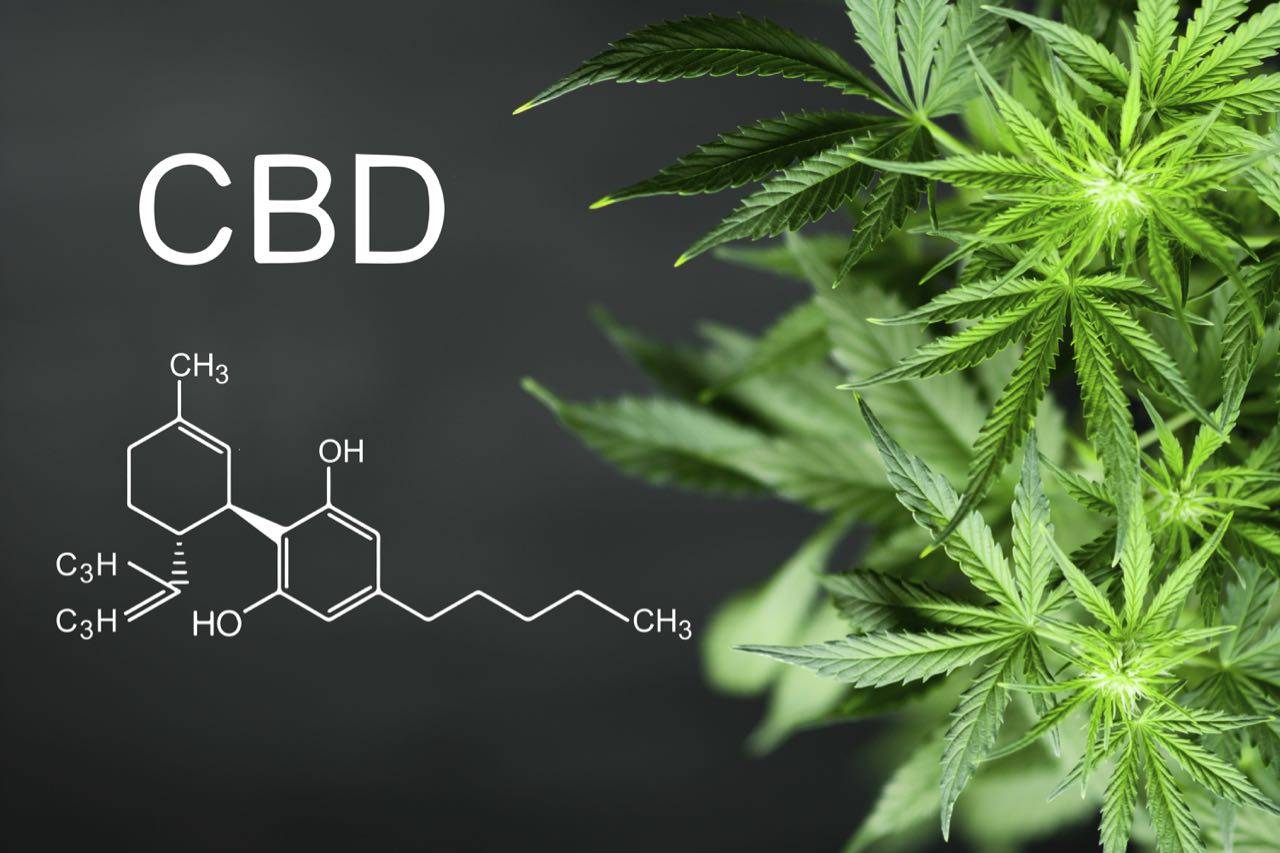 What is CBD? CBD helps balance your body's systems.

The question “What Is CBD?” is usually followed with, “How does it work?”

CBD works internally with receptors and neurotransmitters in your body’s endocannabinoid system (ECS). This system helps maintain endocrine and metabolic hormonal balance throughout the body and regulates physiological and cognitive responses, including your mood, memory, appetite, temperature, sleep, perceived pain, and more.

The endocannabinoid system was only discovered in the early 1990s, which is why you may not be as familiar with it as other systems in your body like your respiratory system and nervous system.

The scientific community is still learning about this system but have so far recognized two cannabinoid receptors that react with CBD, called CB1 and CB2. Given the infancy in our understanding, further research could inform us of more receptors. In addition, more recent studies show that beyond the cannabinoid receptors in the endocannabinoid system, CBD may also be acting on serotonin and adenosine receptors, similar to how coffee, chocolate, and tea work!

What is CBD? An exciting compound that can potentially kick start and balance some of your body’s internal systems and processes.

What Is CBD? CBD is a team player. 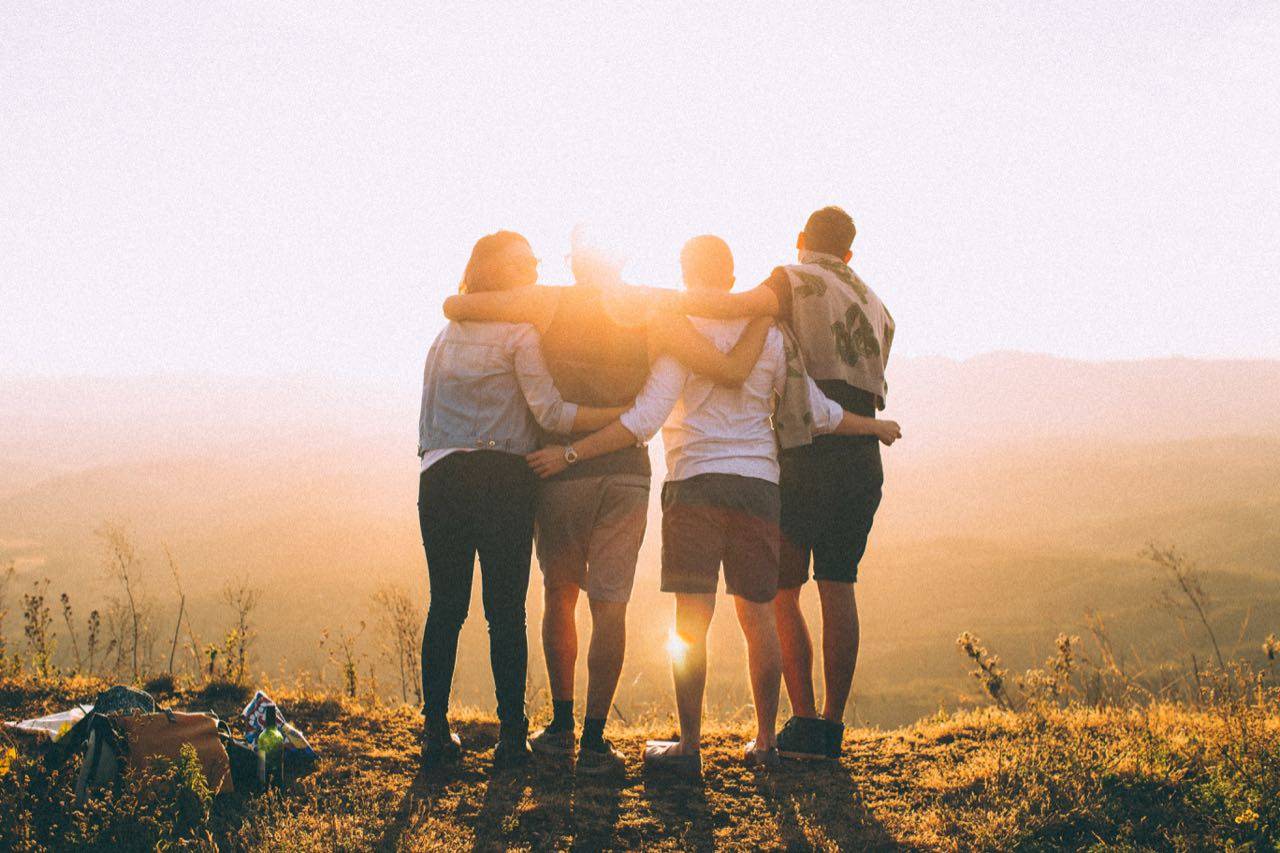 What is CBD? Well, CBD is a team player, that’s another thing. CBD works in tandem with dozens of other compounds found both in hemp, and in other foods when consumed. If you think about food as information that communicates with the body to perform various actions, CBD is a conductor that amplifies overall wellness. When CBD works with other cannabinoids together, this is called the entourage effect. Cannabinoids may contribute to overall homeostasis, or the body’s ability to maintain function and performance.

If you see the phrase Full Spectrum CBD on a product’s packaging, it means that the CBD was extracted from the hemp plant with the other, naturally-occurring cannabinoid compounds and terpenes. Much like essential oils, terpenes carry and empower the effects of CBD even further.

Full spectrum is potentially the best form to consume CBD as it utilizes other minor cannabinoids and terpenes alongside the CBD.

What is CBD? A synergistic team player that may prove to be beneficial with food sources and other compounds.


What Is CBD? CBD can be isolated.

When retail products specify a purity level of CBD stating the CBD is “99.9% pure” or 99.9% CBD this means the product is CBD isolate. Isolated CBD is beneficial for individuals who may be drug tested, because isolated CBD contains zero THC, whereas regular and full-spectrum CBD can contain up to 0.3% and may still show up on drug-tests.

CBD Isolate is common among vape products, gummies, and others. As more research is done, isolated forms of CBD will become more available and integrated within foods or other commercial products.

What is CBD? A versatile compound that can be isolated and controlled as needed.

What Is CBD? CBD is being studied on national and global levels.

What is CBD? While we know a lot, we are still learning!

In 2003 the U.S. Department of Health and Human Services became involved with patent 6,630,507 which explores “cannabinoids as antioxidants and neuroprotectants.” This patent specifically mentions that “nonpsychoactive cannabinoids, such as cannabidiol, are particularly advantageous to use,” because there is no associated toxicity. Harvard Health Publishing also has stated that CBD exhibits no signs of abuse or dependence upon usage.

We encourage you to visit PubMed to research the subject as well.

What is CBD? It’s a potential solution for a myriad of issues that are being researched at the national and international level.

What is CBD? Let's Recap!

Are you a visual learner? Check out our latest video below about CBD 101s:

Even after this article you still may be wondering, "Wait, what exactly is CBD?" Don't worry, we get it and are here to help! We're happy to discuss any of your CBD questions more in depth so feel free to contact us!.